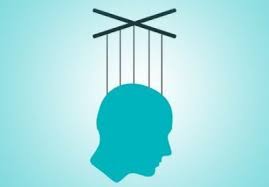 Most of us are familiar with the founding principles of the United States: life, liberty, and the pursuit of happiness. It’s ironic, then, – and perhaps surprising—that some of America’s leading scholars hold to deterministic philosophies, which undercut some of these fundamental principles. Determinism is “the doctrine that all events, including human action, are ultimately determined by causes regarded as external to the will”.[1] If this doctrine is true, then everything we think we know about freedom is wrong. How can one have liberty without free choice? How can happiness be pursued if you’re just a preprogrammed puppet, determined to do so? The question of determinism extends much further than simply, “is free will an illusion?” It raises other problems, for instance, the lack of responsibility for criminals. The determinism discussion is not limited to philosophers, poring over their books and theories and smoking cigars; it is for everyone.

What is so detrimental about determinism? For starters, it is demonstrably false as a self-defeating philosophy. The cornerstone of determinism is the idea that free will is an illusion. But think about it. Did the philosopher who said “free will is an illusion” choose to say this, or even further, choose to subscribe to this ideology? If so, then determinism is false. Determinists, whether they realize it or not, exempt themselves from their own beliefs. The truth of the matter is if someone is a determinist, they have exercised free will in choosing that particular philosophy instead of another, like libertarianism. Some might agree with Schopenhauer in arguing that “Man can do what he wills but he cannot will what he wills.” This is still a self-defeating position. One might ask Schopenhauer, who willed him to believe that man cannot will what he wills? Conversely, did the same force will his counterpart to believe that man can will what he wills? Free will cannot be an illusion because, if it were, no one could know. No one could escape the illusion to ascertain such a conclusion. Determinism is a quicksand ideology: one can arrive there but not without sinking.

With a bit of traditional logic, it is fairly simple to see that determinism is an internally incoherent belief system. Nevertheless, there are many groups of people who subscribe to it, theists and atheists alike. Determinists tend to agree on the basics of their philosophy but disagree on the agent which causes or predetermines all events. An atheist may posit that the agent is chance or time or biology, whereas a theist would posit that the agent is an all-powerful, all-knowing God. As the Nobel-Prize-winning theoretical physicist, Max Planck, put it, “The assumption of an absolute determinism is the essential foundation of every scientific enquiry.” If this true, it poses irreversible ethical and societal consequences. According to biological determinists, the desire to kill or rape is as arbitrary as the desire to get married or help orphans. After all, you don’t choose your will; your will chooses you. Imagine a world where this was really true. A judge might look at a victim and announce, “I’m sorry, you just got unlucky.” For if everything and everyone is preprogrammed to function in a certain way with no possibility of deviation, then the future is set. There are harsh consequences of this reality—a world without social justice (predetermined beings can’t exert their individual will on their surroundings!), a world without moral accountability (after all, genetics have programmed the rapist to reproduce, and he cannot will against his will), and a world without national or individual liberty (freedom is an illusion!).

Among theists, Christian Calvinists are the most commonly associated with determinism. (Not all Calvinists are determinists, however, and there are other theistic determinists.) According to the five pillars of Calvinism, abbreviated as T.U.L.I.P., “When God calls his elect into salvation, they cannot resist. God offers to all people the gospel message. This is called the external call. But to the elect, God extends an internal call and it cannot be resisted.” [2] Although the wording is different, the meaning of “free will is an illusion” is eerily similar to “[the call] cannot be resisted.” Determinism is even more problematic for a theist, especially a Christian, than for an atheist because it contradicts the intrinsic goodness of God’s character and what Scripture says about Him. From the very beginning, God says to mankind, “you are free to eat of every tree in the garden.” [3] If God predetermined Adam’s actions, then, first of all, He would have been lying in saying that there was freedom to choose, and secondly, God would have caused Adam’s desire to disobey – to sin. Visualize the implications here. If man only acts on what he wills, and if God wills what he wills, then God causes man to sin. Then God would be evil. Then He wouldn’t be God. Plus, this idea is explicitly contradictory to Scripture, “Let no one say when he is tempted, ‘I am being tempted by God,’ for God cannot be tempted with evil, and he himself tempts no one. But each person is tempted when he is lured and enticed by his own desire.”[4] Here, it clearly states that God cannot tempt man, and a distinction is made between what God desires and what man desires. If free will is an illusion, then either God is nonexistent or He is the cause of all evil in the world; thus, theistic determinists should rethink their views on the subject.

Once, a man named Martin Luther King Jr. made a speech, one of the most famous speeches of this era, because he had a dream for the future. Martin Luther King was not a determinist. He knew there was a choice to be made—whether he would fight every day to change the world or whether he would let his life to slip quietly by. Think of five or ten people who changed the world. Were they determinists? Probably not. Libertarianism, the belief that free will is a reality, has the power to positively inspire change in the world; conversely, determinism is a self-defeating, society-bending detriment that undercuts justice and implicates a good, holy God. Human beings are not “moist robots.”[5] They are free, selecting agents, who can choose between right and wrong. They possess a great, God-given power, in regards to free will, described by Mahatma Ghandi:  “Strength does not come from physical capacity. It comes from an indomitable will.”