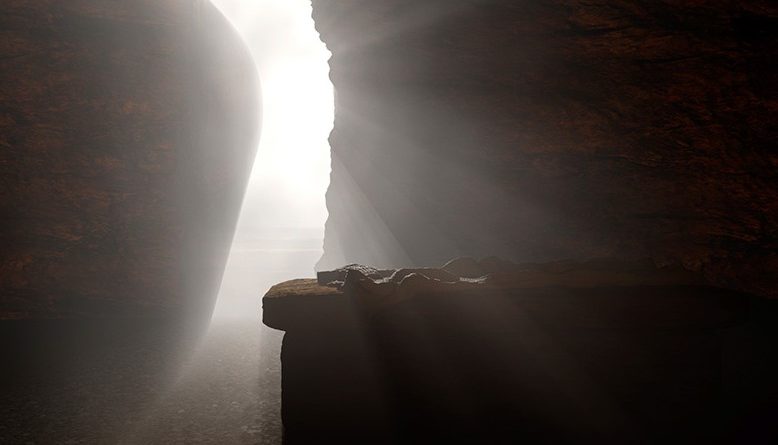 “I am the resurrection and the life. “ – Jesus of Nazareth[1]

The credibility of Jesus’ alleged resurrection from the dead is often considered history’s weightiest question. Why? An entire faith system was birthed in this alleged miracle; what is now called Christianity hinges on the question, did Jesus really rise from the dead? First century writer and author of two thirds of the New Testament, Paul, addresses the centrality of this question in his letter to the Corinthians, “And if Christ has not been raised, your faith is futile and you are still in your sins.”[2] In other words, either Christ was raised, or everything a Christian believes is useless. That’s a strong claim.

The supreme significance of the resurrection is recognized by many, and some scholars devote their entire lives to studying evidence supporting or detracting from its authenticity.  While there are many angles from which to approach this question, and there are innumerable opinions to explore, is there a simple way to study Jesus’ resurrection?  There are two fundamental questions we need to address. First of all, did Jesus of Nazareth die? Common sense tells us that, in order for someone to be raised from the dead, they must die. Secondly, did he appear to people in the flesh after his death? Again, common sense reveals that, if someone dies and appears again in their physical body after their death, they must have been raised.  Let’s explore the different types of evidence we can find concerning both of these questions.

What does history reveal about this Jewish man named Jesus and his death? Our oldest sources can be found in the New Testament. Mark’s gospel, agreed upon to be the oldest gospel, describes Jesus’ death:

“And when the sixth hour had come, there was darkness over the whole land until the ninth hour. And at the ninth hour Jesus cried with a loud voice, ‘Eloi, Eloi, lema sabachthani?’ which means, ‘My God, my God, why have you forsaken me?’ And some of the bystanders hearing it said, ‘Behold, he is calling Elijah.’ And someone ran and filled a sponge with sour wine, put it on a reed and gave it to him to drink, saying, ‘Wait, let us see whether Elijah will come to take him down.’ And Jesus uttered a loud cry and breathed his last. And the curtain of the temple was torn in two, from top to bottom. And when the centurion, who stood facing him, saw that in this way he breathed his last, he said, ‘Truly this man was the Son of God!’ “[3]

Additionally, the 1 Corinthians 15 creed records that Jesus died and was buried according to the scriptures, i.e. according to Messianic prophecies. The creed is believed to have originated within five years of the event in question. (More information on the creed can be found here http://www.erichernandezministries.com/earliest-church-believe-resurrection/ ).  For such an ancient source, that’s incredibly early!

But what about outside of scripture? As it turns out, Jesus’ death caused quite a stir in the first century Roman Empire.  Jewish historian, Josephus, wrote about Jesus in his book, Antiquities of the Jews. Though some scholars debate certain sections of this text, they tend to agree that “Pilate had condemned Jesus to a cross,” and his reference as “the so-called Christ,” are historically accurate.[4] The Jewish Talmud, a collection of rabbinical writings, tells us, “On the eve of Passover, Yeshu was hanged.” [5] Hanging is another term for crucifixion, not the modern sense of the word that conjures images of a rope and the Wild West. Another source, this time a Greek named Lucian of Samosata, mocks the grassroots movement of Christianity. In his mockery, however, he preserves useful, historical information, “The Christians worship a man to this day—the distinguished personage who introduced their novel rites, and was crucified on that account.” [6] An archaeological find called the Crucified Yehohanon demonstrates how crucifixion victims were nailed to the wood through the ankle bone.[7] These sources are gruesome recordings, originating form varied backgrounds, that solidly confirm the fact of Jesus’ death.

Finally, there is embarrassing testimony in the gospel accounts that support the historical claim of Jesus’ death: Joseph of Arimathea and women and the tomb.  Joseph of Arimathea, included in all four gospels, was a member of the Jewish council, yet he offered his tomb to house the body of Jesus. If the gospel writers were fabricating this story, they would not have attributed a heroic act to a member of the Jewish council—the very group of people who had Jesus crucified! Furthermore, they would not have fabricated the testimony of women at the tomb. Why not? Women were considered untrustworthy in that culture. In fact, an old rabbinic saying reads, “The words of the Torah should burn rather than be taught to women.”[8] Both of these circumstantial pieces of evidence point to the authenticity of the gospels’ accounts of Jesus’ death.

Now that we know Jesus definitely died, we can move on to the second, and slightly more challenging, question: did he physically appear to people after his death? The oldest sources that support Jesus’ postmortem appearances are Luke’s gospel and, once again, 1 Corinthians 15. Luke’s gospel records Jesus’ appearance to the apostles, where he eats with them, confirming he is not a ghost or a spirit.

“As they were talking about these things, Jesus himself stood among them, and said to them, ‘Peace to you!’ But they were startled and frightened and thought they saw a spirit. And he said to them, ‘Why are you troubled, and why do doubts arise in your hearts? See my hands and my feet, that it is I myself. Touch me, and see. For a spirit does not have flesh and bones as you see that I have.’ And when he had said this, he showed them his hands and his feet. And while they still disbelieved for joy and were marveling, he said to them, ‘Have you anything here to eat?’ They gave him a piece of broiled fish, and he took it and ate before them.”[9]

1 Corinthians 15 lists Jesus’ appearances to Peter, the Twelve, 500 at one time, James, and Paul. Paul notes that many of the 500 were still living, inviting his readers to fact-check him, and by extension, fact-check the resurrection.

Are there extra-biblical sources for these appearances? Yes there are. In fact, Josephus once again lends insight into this topic, writing about James, the brother of Jesus. He was “brought before them [the Sanhedrin] the brother of Jesus, whose name was James,” and called “James the Just.”[10] These may seem like unrelated details, but, in fact, they reveal a shift in James. The gospels depict a James who did not follow or believe in his brother. But then a shift takes place, and “James the Just” is leading the church in Jerusalem, for which he is eventually martyred. The best explanation for this radical shift is that the risen Jesus appeared to James. Two other authors, Polycarp and Clement, reiterate Jesus’ resurrection and appearances in their writings. Their testimony is considered reliable because these men studied under the apostles—the eyewitnesses—themselves. These texts outside of scripture support Jesus’ postmortem appearances.

Finally, there are a couple of embarrassing details that could not have been fictional. Jesus’ appearances to women in the gospel would not have been invented due to their lack of credibility in first century Palestine. Secondly, Saul’s conversion lends itself authenticity in differing with traditional Judaism (they believed Jesus was a blasphemer). Saul once persecuted Christians and destroyed lives. Not a proud moment, especially if he was wrong. Like James, Paul experiences a radical shift—from vehement Christian hater to passionate Christian leader. And like James, the best explanation for this fact is a face-to-face encounter with the risen Christ.

As we have seen, there is sufficient confirmation that Jesus died and appeared to people after his death. In fact, to deny either of these events is to deny a plethora of historical testimony that supports it. Thus, we can conclude that evidence points straight to Jesus’ resurrection and nowhere else. Some would argue that miracles are outside the scope of historical exploration, but to draw the conclusion of a risen Jesus from our two original questions is simply to draw a straight line from point A to point B. “But in fact Christ has been raised from the dead, the firstfruits of those who have fallen asleep. For as by a man came death, by a man has come also the resurrection of the dead.”[11]

[4] Antiquities of the Jews, Josephus http://www.josephus.org/testimonium.htm

[6]  The Death of Peregrine, Lucian of Samosata http://www.sacred-texts.com/cla/luc/wl4/wl420.htm

[10] Antiquities of the Jews, Josephus https://www.theopedia.com/james-brother-of-jesus

I love Jesus and get excited about sharing the reality of Him with other people. Because I grew up learning opposing worldviews, I became a skeptic from a young age. When one of those worldviews taught me that Jesus was a made-up, mythical character, I decided to investigate for myself. After spending about one and a half years researching the person of Jesus, God revealed the real Jesus to me through apologetics and the Holy Spirit. I’m so thankful that God is allowing me to use my passion for writing to impact other seekers through apologetics.