A Case for the Soul 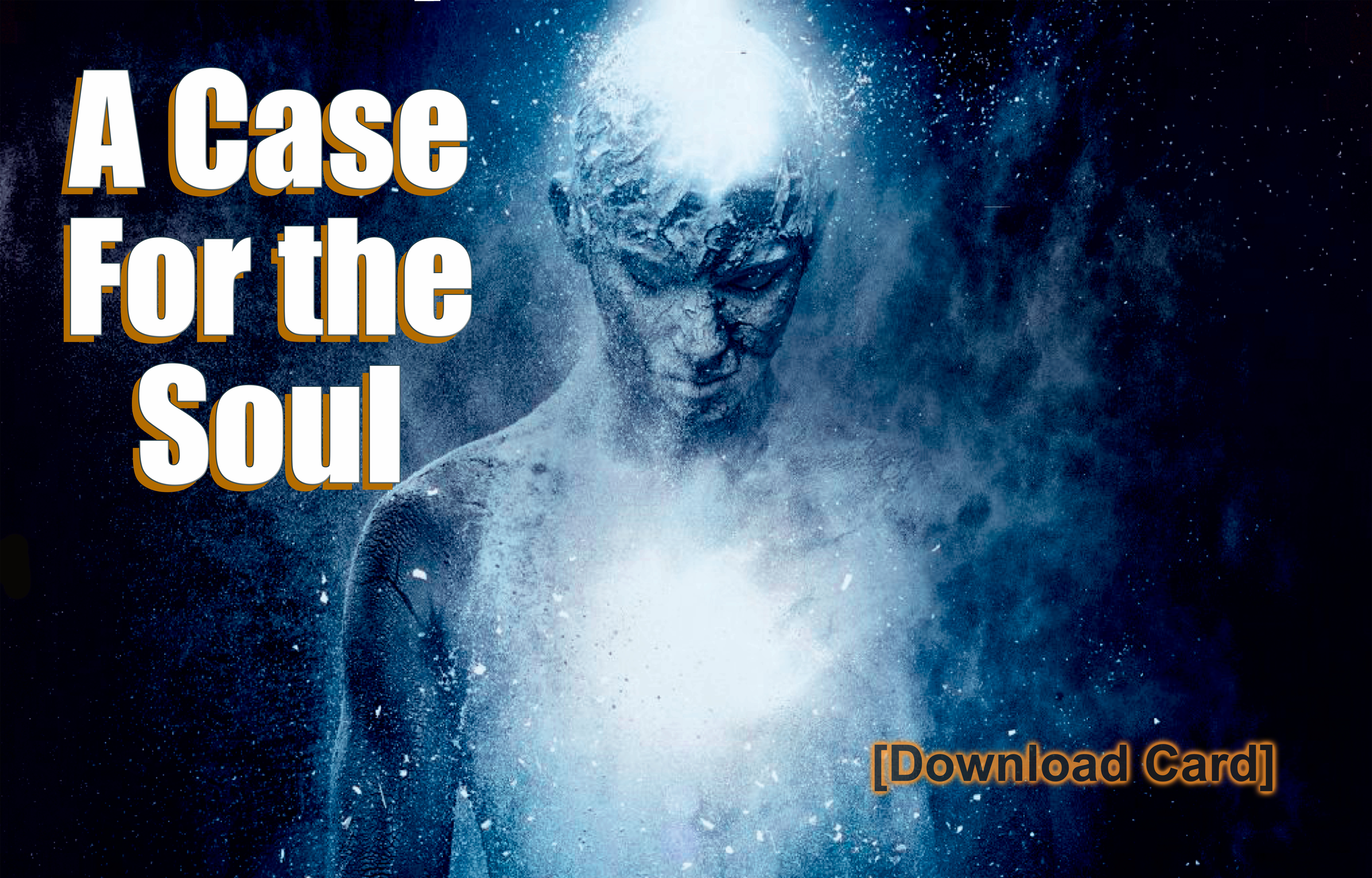 With the rise of neuroscience many have come to believe that human beings are nothing more than a brain and body. Hence, the existence of the soul is now seen as an outdated, superstitious belief that science can allegedly show to be false. But is this truly the case? In this lecture, you will be presented with a case for the existence of the soul by looking at two main points:

1) That consciousness is not physical and

2) That human beings are more than a brain and body.

The Soul Debate Package (All 3 disc) 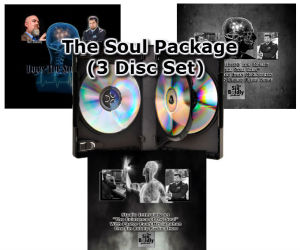 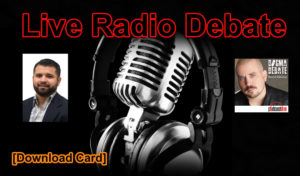 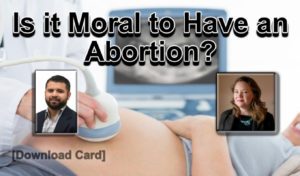 This debate is between Atheist Philosophy professor Dan Flores of HCC and local Christian apologist Eric Hernandez. The topic is not merely does God exist but rather a much deeper and philosophically pertinent one: “Is God Necessary”. It could very well be that God does not exist, it could be that He does exist, or it could be that even if He did He wouldn’t be needed and nothing would be different. After listening to these two men present their case for their positions you can judge for yourself what you think the answer to this question should be.

I was first introduced to philosophy in my first year of college as I sat under two atheist professors: one whom was Professor Steve Pena. I specifically took his class because I had heard how patronizing and belittling he was towards religion. I figured if I truly wanted to put my faith on the line and if God was real, then why not? People often asked if we had a lot of class debates while I took his course. To their surprise I never did debate him in class. Although I disagreed with a lot of what he said, I paid to hear him talk and learn philosophy, not to argue with him. But little did I know that years down the road I’d have to opportunity to have a public one on one debate with him and even more so after having equipped myself with proper philosophy and apologetics. This night was technically our 3rd encounter in public debate as we had previously participated on a panel of people at a local college in Houston.

However, at our second encounter,
it got heated as usual and a pastor was in the crowd. In summation; the pastor being enticed by the discussion later approached myself and Professor Pena and asked if we would consider doing a one on one debate hosted at a church. So we set up a meeting, had lunch and here is the result. That day the church was filled by the hundreds with not just Christians, but atheist, who for the first time or first in a long time finally came to church. Many students, believers and the like packed the room while people were left standing and over a hundred others watched live stream. Witness the impact and discussion that took place that night at “The Great Debate”. 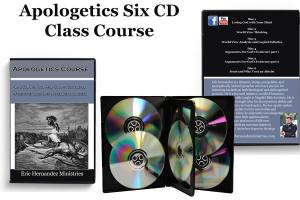 Apologetics is something that is absolutely essential for our time and culture. It is biblical, it is spiritual, it is vital. For the first time, under one cover, we have put together a 6 class course to equip people with the tools necessary to engage our culture. Each course comes with full length notes to follow through and assist you in your learning. Use it for personal growth or for group studies! I know this course will strengthen your faith, convict your walk for the better and increase not only your knowledge but your hunger for God. 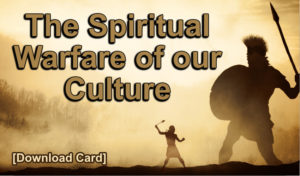 The Spiritual Warfare of Our Culture 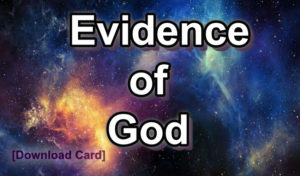 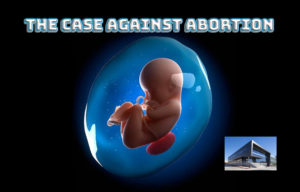 The Case Against Abortion

As someone once said, if you want to control a culture then you must control the way they think. This is very evidence when we look at how our society sees us today as believers. One journalist once said Bible believing christians are dumb, uneducated and easy to command. However, if we want people to be able to effectively come to the knowledge of the gospel then we must know how to effectively articulate it. Its been said that the heart can not embrace what the mind regards as non sense. So if we want to effectively evangelize in this secular culture then we must be able to present the gospel as an intellectually viable option. As Theologian and philosopher J.P. Moreland once said, “Its not that they’ve heard our views and rejected them. Its that they’ve never heard a winsome presentation of our views and they don’t have a clue why we believe what we believe because we don’t”. In this lecture we will discuss 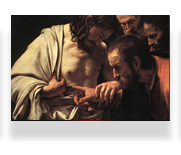 I’ve heard it said that when you have faith there is no room for doubt. As popular as this is believed, I must say that it is terribly false. It is natural for believers to have times of doubt, and even worse, feel guilty for the doubt and then masking it as pretending to be full of “faith”. This does nothing but make us frustrated. This teaching will greatly bring relief over the trials and struggles that doubt may bring into your Christian walk. It can be dealt with and it can be overcome.

I am frequently asked what are the kind of questions or arguments that I get from atheist. Well in this message I look at presenting and answering some of the most common question in a detailed format. In this message we will address questions such as:

Didn’t He do this in the old testament and why did He do such a horrible thing like that if He loves everyone?

I know this message will be a big confidence booster when you are able to see truth in an entirely different light when we are able to better understand our faith and common objections to it. Also there is a second disc that has a question and answer session where the audience; which was composed of believers, atheist, and agnostics alike, were allowed to ask follow up questions or comments regarding the answers I gave.

Apologetics is a branch of theology that deals with being able to defend and articulate your faith as 1 Peter 3:15 commands us to “..Always be ready to give a logical defense to anyone who asks you to account for the hope that is in you, but do it courteously and respectfully.” Get a taste for what it means to defend your faith. Is it biblical? Is it necessary? What kind of arguments do we have for God’s existence and can it be proven? Isn’t it just about faith? Isn’t
“arguing” a bad thing? Be introduced to three powerful arguments in favor for God’s existence in their simplicity and confidently learn to utilize the tool such as:

I know this teaching will bless those who are interested in the subject and are considering taking a closer look at what apologetics exactly is.
Introduction to Apologetics

In the Bible God is called a father. Contrary to misogynistic belief there is a profound revelation in attributing this title to God. In the reproduction process the woman holds the life and the male gives it. Why does this apply to us? Well we know in God’s eyes there is no longer male or female, Jew nor Gentile, slave or free man. But the title still applies because much like God is the giver of life, we too are called to give life, not just physically, but spiritually as well. Having a better understanding of who God is gives us a better understand of who we are and what our role is.

How is it that God knows my future and yet I still have free will? If God knows everything then why did He not stop some tragedies that have happened in my life? Can anything positive or good come out of these situations? Does this mean God isn’t doing His job? If you’ve been a Christian for any substantial length of time these are questions you will find yourself asking. In this message, we will take a look at the doctrine of God’s sovereignty and how it vitally applies to our lives.

Compared to scriptures on God the Father and God the Son, there is relatively little on God the Holy Spirit. Why is that? It has properly been said that He is one of the most least talked about person of the Trinity. What do we know about Him? In fact, I’ve heard many people refer to the Holy Spirit as an “it”. This kind of language goes to show the lack of understanding one has regarding the third person of the Trinity. This message will give you more insight into the Holy Spirit: His work and His role in our lives. 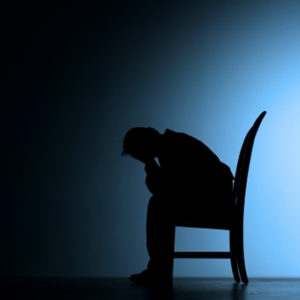 Have you ever felt as if God was going to come through on an issue, but then it seemed that He didn’t? Have you ever expected God to do one thing, but something completely different happened? If you answer is yes, then this sermon will encourage you and bring some fresh perspective to your circumstances. God doesn’t always show up the way we expect (or want) Him to, but rest assured that He WILL always show up!