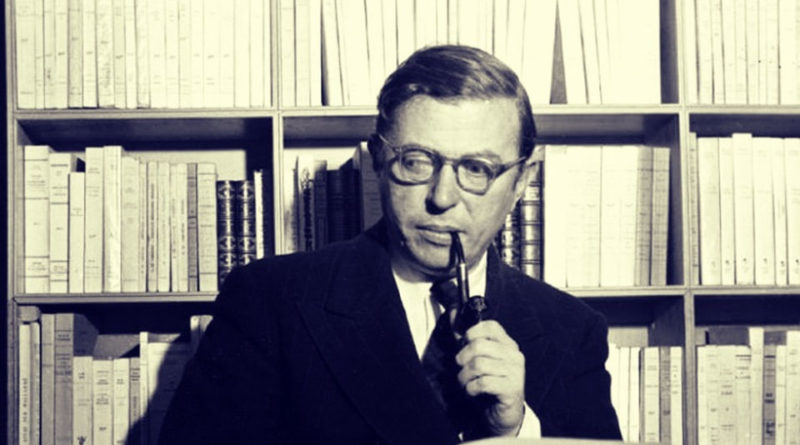 “Better to die on one’s feet than to live on one’s knees.” ― Jean Paul Sartre

In so few words, author and philosopher Jean Paul Sartre described the philosophy now referred to as existentialism. Though the name is a bit daunting, existentialism is worth our thought and attention as it has become increasingly popular in the past four or five decades. The unusual thing about existentialism is its ability to slip past unnoticed, to slink into the corner of the human heart – all the while, leaving the person unaware that it makes its home there. Perhaps this oddity is due to the ambiguity of the philosophy. Before we can begin to analyze existentialism, we need to know what it is. In short, it can be defined as “a philosophical theory or approach which emphasizes the existence of the individual person as a free and responsible agent determining their own development through acts of the will.” As Sartre pointed out, existentialism celebrates individualism, and at its core is the refusal to acquiesce to anything or anyone outside of “self.”

Being a very broad and sometimes hazy topic, it is important to note a few underlying philosophies surrounding existentialism. Two commonly caught-up beliefs are atheism and amoralism. While not all existentialist philosophers were atheists (most notably Barth and Kierkegaard), it is very difficult to be anything else and be a true existentialist because, according to this worldview, the idea of a creator outside of “self” is inherently incompatible, or at least unrecognized. And to consider surrendering to an outside force is unthinkable. Amoralism is—as the name suggests—the denial of absolute morality. In fact, it rejoices that morality is personally defined and enacted. As Neitzsche put it, “You have your way. I have my way. As for the right way, the correct way, and the only way, it does not exist.”    You may have already noticed the similarities between existentialism and humanism. They both look to mankind as the individual definer—the ultimate reality. Finally, existentialism gives birth to nihilism, which posits, and even revels in, the anguish, misery, and meaninglessness of humanity.

Existentialism needs to be addressed. Though it may seem pointless or even absurd at first glance, imagine how tempting this philosophy is for someone battling depression or struggling with the weight of life; it whispers “stop battling, sink deeper, weigh more, wade lower.” Yet in reality, it is a self-inflicted defeat for a worldview to posit that you give meaning to life, but in the end, the meaning that you mean is meaningless. This sort of absolute absurdum is a poison for modern society. Suddenly, all crime becomes arbitrary, all pain becomes permanent, and all truth becomes optional. Such a world is devoid of justice, compassion, and virtue. Arguably, these qualities are the deepest cries of the human heart. They cannot be ignored, but they can be rejected in subscribing to a worldview that hates them – that celebrates injustice, self-centeredness, and futility. Who wants that?

Perhaps no one really wants this world. But there is one temptation that people fall into more than any other: autonomy. People will sacrifice rationality, conviction, and entire belief systems for autonomy, in essence, for being their own god. Anyone who is familiar with Christianity knows that Christ’s first call to us is “deny yourself”— deny self-sufficiency, self-government, and self-preservation. Here is the real crux of existentialism: people would rather mire in the pit of ignorance and anguish than come to terms with their limitations in comparison to an Almighty God. A misconception within Christianity is that God promises autonomy; he does not. He promises freedom. Freedom comes through giving up ourselves and our wants or plans to him. For philosophers, for thinkers, for people in general, this is a hard word.

But think about it– if we are all living for ourselves, society becomes a pack of ravenous wolves, feeding off of each other at the slightest hunger. This is a society that will end in destruction, and, ultimately, total collapse. For this reason, existentialism may sound easier than surrender, but in the end, it is far more deadly. So damaging are its teachings that it promotes suicide and self-destruction, as in the case of Ernest Hemingway. Nietzsche put it this way, “The thought of suicide is a great consolation.” Sadly, in their flimsy attempts at individual self-preservation, existentialism and nihilism will eat you alive.

There have been a handful of philosophers who posit the compatibility of existentialism and religion. Christians need to be wary of this trap. Sometimes we subscribe to existentialism in bits and pieces, without even realizing it. But it is incompatible with true, Bible-based Christianity.  Existential theology, as it is called, asks “what does God mean to me?”  and “how do I see God?” Conversely, Christianity says, “this is how God sees humans as a whole and as individuals; this is what you mean to him. Now, how will you respond?” They are fundamentally different and cannot be reconciled with one another. But tread cautiously, because existentialism is creeping into churches and thoughts. Each time we ask “what does this verse mean to me,” instead of “what does God say through this?” existentialism creeps in. Each time we live as though life is meaningless and pain is permanent, we subscribe to a nihilistic belief that is absolutely untrue if Christ lives. Finally, each time we treat the Living God like a your-wish-is-my-command, subservient genie, we echo of Sartre’s “Better to die on one’s feet than to live on one’s knees.”

But in the person of Jesus Christ, existentialism has met its end. He ascribes meaning; we do not define it. He is King of Kings; we are not gods. Instead of impending doom and postponed suicide, we live in light of an actualized hope and a purposeful future. And how freeing it is not to be an existentialist! How much more compatible with reality it is and how triumphant in virtue – in justice, compassion, and truth it is – not to be an existentialist! In the words of C. S. Lewis, “The more we let God take us over, the more truly ourselves we become – because He made us. He invented us. He invented all the different people that you and I were intended to be… It is when I turn to Christ, when I give up myself to His personality, that I first begin to have a real personality of my own.”