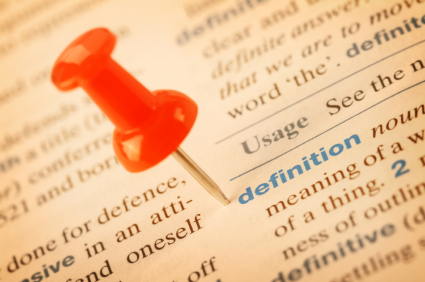 Uncategorized
February 17, 2015May 20, 2015 Eric Hernandez 0 Comments apologetics, atheism, atheist, burden of proof, Christianity, God, philosophy
Most recently I had a discussion with an atheist, to which many assertions were lodged at me with out any kind of justification to back it up. In fact, most of what I was told were really just statements or complaints about what he thought Christians believed, but not

necessarily any arguments against what Christians believed. Since it kept being said that I had no proof, believed in a fairy tell, had an imaginary friend etc.etc. (you know, the typical internet atheist rhetoric/phrases/clichés) I went ahead and let him have the floor. Since he seemed so assured that atheism was true and claimed to champion being a believer in facts and evidence, I gave him the benefit of the doubt and then asked him, “So what is your evidence to believe that there is no God?” To which he replied “There is no evidence for God!”
What he could not wrap his mind around, even after asking 3 more times, is that atheist too need to provide reasons for why they believe what they do. So the question many atheist indirectly ask me is,
Question: “Why do atheist need to provide evidence for their lack of belief when they are the ones not believing something?”
Response:
In order to understand this misconception we must first understand what the burden of proof is. In philosophy when someone makes a truth claim they shoulder what is called a “burden of proof”. This means that they are now in the position to prove the claim that 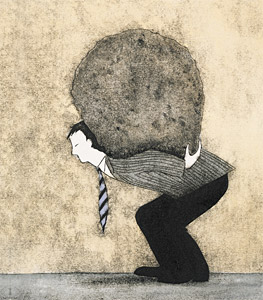 they made. So for example if I said, “There are green men living on mars” and someone says, “Yea well prove it”, I can not simply cop out and say, “Well prove to me there isn’t”. Because I made a claim to something I must then prove my claim and shoulder the burden of proof. That being said, atheist often say that because they don’t believe in God they don’t have to shoulder any burden of proof. This however could not be further from the truth.
The atheist too are making a claim to truth. Their claim is that there is no God. What atheist usually try to do is avoid this burden of proof by “humbly” asserting that atheism simply means “with out belief in God” because it breaks down to A-theism. “A” meaning with out and theism “God”, so atheism is with out belief in God. This too is grossly incorrect. First of all, if atheism simply meant “With out belief in God” then the chair I am sitting on is an atheist because it is “with out belief in God”. Its also possible that my dog at home is an atheist because she is with out belief in God. The water bottle I’m drinking is an atheist, babies are atheist and so forth. Pretty absurd isn’t it? Secondly, even if their claim to “a-theism” were true it does not break down into “With out belief in God”, but literally breaks down to “a”-with out, and “theism”-God. So it would break down to mean “with out God”, not “with out belief in God”. So on that definition even a demon, who believes in God, is an atheist because they are with out God. If that view is true then atheism and God can both be true. God can exist and people can be with out God. That is probably more absurd than the first. Also if atheism truly meant with out belief in God then at best that would make them agnostic, not atheist. And finally the actual definition of atheism as per the encyclopedia of philosophy is “the belief that there is no god or gods”. Atheist love to try and pull a fast one on me and say, “You don’t believe in Zeus or Thor…you’re an atheist too”. This too is incorrect. To be an atheist one must believe that there is NO God or gods. I believe in God, therefore I’m not an atheist. Its that simple. Don’t let them try and pull this on you either. So finally we see atheism is the belief that God does not exist (and it is indeed a belief). Therefore they are making a claim to truth and MUST shoulder the burden of proof. I often like to ask them what positive reasons do they have to believe that there is no God? And by positive I mean an argument that would go to show why God can not exist. Not a complaint against religion or religious people. Not saying the bible is flawed 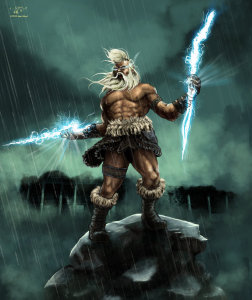 (that’s a separate but irrelevant issue to God’s existence), but rather an actual reason or argument why they believe that God does not exist.” Unfortunately I almost always get, “Because I find no evidence that He exist”. The flawed thinking in this is easy to point out. According to epistemology, in order to have knowledge you must have what is called a justification for your belief and no good defeaters against your belief. Once that is done you can then claim to know something. So if an atheist claims to know there is no God then he must have some justifications for it with out any defeaters. But does he? Lastly, even if there were no evidence for God (according to the atheist) this would not be evidence that there is no God. For example I have no evidence right now that there is a flea in this room. Does that mean there is no flea? Of course my lack of evidence is not evidence that there is no flea. If I want to believe something I must provide evidence for it, not merely cry out and complain, “I see no evidence”.
So in summation an atheist is making a claim to truth and  must shoulder a burden of proof and provide evidence and reasons for their claim. The definition of atheism according to the encyclopedia of philosophy is the belief that there is no God. NOT the definition that they simply lack a belief in God. That definition leads to absurdities such as my chair is an atheist. According to the study of epistemology if they want to claim to

know that then they must have justifications with out any defeaters. I am not an atheist if I believe in God therefore their assertion that we are all atheist is not true. To hold their belief they must provide some evidence and not merely complain that there is none for God. Don’t let atheist avoid the burden of proof. If they want to claim that they are champions of facts, then don’t hesitate to hold them to it.
-Eric Hernandez