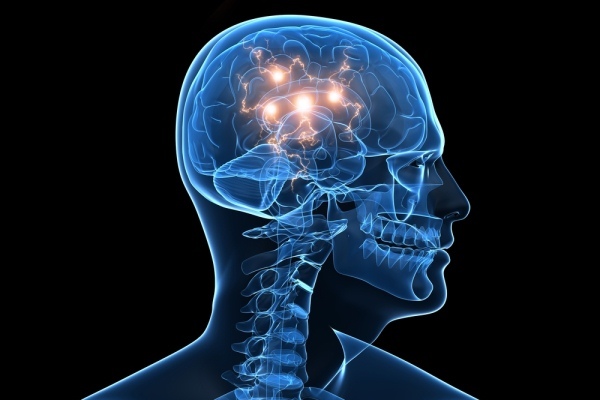 In both scenarios [a person in the car controlling the car but is not the car and a musician playing a guitar who will keep his talent even if the guitar breaks because the talent is not in the guitar. It is merely the instrument through which his talent is conveyed.] the person is the soul, and the car or instrument is the body. And in both of these scenarios, supposing we couldn’t see the person, we could still see the effects of the person directly on the object. We could see the guitar string bring pressed, even if we couldn’t see what was pressing it. We see the steering wheel turn and the petals depress. Is there something like this we see in the brain?

I don’t think this implies a link, like you said that would make an infinite regress. But we 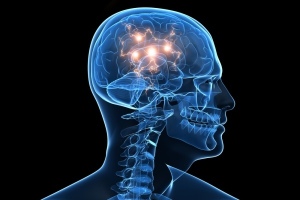 must have some type of interaction like above, right? Clearly the soul must use the brain in some way, that’s the only way the instrument and car metaphor work.

Response: Thank you Jared once again for your insightful question as I’m sure other people may have the same question.

Now that I better understand your question let me first make a case for the mind/soul being separate from the brain to catch up other readers that may be interested in this subject.

I have already discussed the existence of the soul independent from the material body (which includes the brain) based on the existence of free will so I will leave that for readers to see question #10 and #9. Rather, lets now talk about a quicker philosophical approach to show that the brain and mind (or soul) are independent from the brain based on G.W. Leibniz Law of the Indiscernibility of Identicals, which we can call the law of identity for short. He says that for any entity, we’ll call it X and Y, that are identical (meaning they are the same thing. One thing not two), then whatever is true of X must be true of Y and vice versa. So for example, lets say the person writing this response is identical (that is the same) as Eric Hernandez, then whatever is true of the person 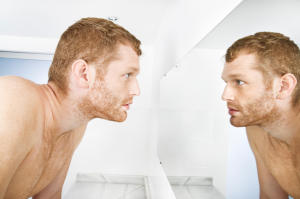 writing is true of Eric Hernandez. So if the person writing has dark hair, dark brown eyes, etc then Eric Hernandez must have dark hair, dark brown eyes, etc if they are identical.  But if I can find one thing true of the person writing that is not true of Eric Hernandez then it would go to show that these two are not identical. Lets use one more example for clarity. Let’s take the number 2 and number 6 and pretend we knew very little of them and apply this law to this. The number 2 and number six are both even. So far they are identical. However, the number 6 can be divided by 3, but the number two can not. Hence we have shown on one difference alone that these two are not in fact identical even though they may have shared some similar properties. (A property is a feature or attribute something has)

That being we can apply this test to the brain and mind. If we can find one thing true of the brain that is not true of the mind then we can show that the two are not the same and are in fact two different entities. This is easy to show. A brain state has physical properties like having a mass, weight, size, shape, neuron firings and so forth which can be measured. A mental state, however, are things like thoughts, feelings, beliefs, and so forth. Well we can quickly see the difference in properties. I can measure a brain state such  as a mass, but I can not measure a thought. It would make no sense to ask, “How many inches long is the thought of a rose?” Also, a thought can be true or false. I can have the thought, “Today is Monday” and it can be true or false. In contrast, a brain state, say a neuron firing, cannot be true or false much like a coke bottle fizzing is not true or false. So with a few examples alone we have shown that the brain and mind are in fact not identical. That is to say they are not the same thing. This now gets to your question, Jared. How does the soul/mind use the brain and can we see the effects on it? The answer is yes. Philosopher and theologian, J.P. Moreland, who I am a strong admirer of, is an expert in this field of study and who’s work I have benefited greatly from.

Let me answer your question in a quick response, then go into some interesting leading research that has shown the application of this dualistic understanding. Space won’t allow for me to go too in-depth (it’s a huge field of study) but I think it’ll be enough to give you a satisfactory answer. Yes, much like in the analogy of the man in the car or musician and the instrument, we do see physical things happening in the brain caused by the mind/soul. We can look through a brain scan and ask a person to think about love and see what part of their brain lights up. Then we write down, section x is associated with love. Then we may ask, think of something you hate, then another region of the brain lights up. We then write down, section y is associated with hate and so forth. This is how we have mapped and learned what parts of our brain is associated with certain feelings, thoughts, emotions, or memories. This is NOT to say that memory is stored in your 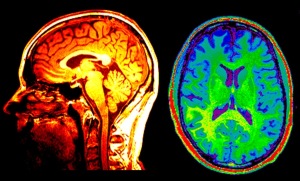 brain. Your brain does not think and neither do you need a brain to think (a theist can easily understand this by thinking about God. He is an unembodied mind who is omniscient. He doesn’t have a brain but He thinks just fine). Much like the note C is not stored in a guitar. Neither does a guitar “play” music. It is merely the instrument. However, our brain and mind are so correlated and intertwined with our bodies that when the brain is affected, the mind’s ability to convey to the body is affected as well. The same can be said of a musician and a broken instrument. This is why when there is brain trauma to the region of the brain that is correlated with memory, we may experience a “memory loss”. Image a guitar string breaking. We may “lose” a notes capability of being played on that instrument. So we see that the brain can affect the soul. This is why antidepressant medication is useful and effective. It is “food for the brain”, if you will. Well how about the soul effecting the brain? This gets fun.

Neuroscience has given us useful information on the correlation of the mind and brain. Jeffery Schwartz is one of the worlds leading neuroscientist and is also substance dualist (the view that the brain and mind are two different things) and has even written books on the matter including one called “You Are Not Your Brain”. He specializes in the research of Obsessive Compulsive Disorder (OCD). With his understanding of the brain and mind interaction he conducted a test in which he prescribed mental exercises for patients with OCD for treatment. See, every time we have a thought, feeling, or any mental experience, there is a neuron firing and correlation that goes on in the brain. 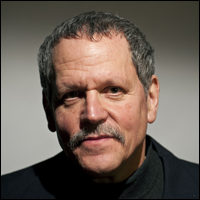 What is interesting is when we begin to associate a thought or object with worry and anxiety repeatedly, we literally begin to form small grooves in our brain. So much so that it becomes habit and the anxiety becomes a natural response so that with out hesitation or effort, that thought or object will stimulate anxiety automatically because that groove has formed in your brain. Well what Swchartz did was tell his patients to challenge those thoughts associated with the anxiety that would help change the way they viewed their situation. Within an allotted amount of time and therapy, the patients literally began to change their brain chemistry just by thinking differently. This is huge. They rewired their brain just by thinking differently! So clearly the mind can effect the brain and the brain can effect the mind. If you worry too much, this mental activity can cause you to grow sick, a physical effect. If your brain gets damaged, a physical event, then your mental abilities can be affected as well, say memory, which is a mental event.

In summary, yes the souls interaction on the brain can be seen in a correlative way and has casual interaction as does the brain on the soul.  Thank you again for the question and I apologize for the lengthy answer. The soul and body interaction has been a passionate topic of mine that I have attempted to do sufficient research on these past couple of years.

3 thoughts on “Question #11 How the Soul and Brain Interact”